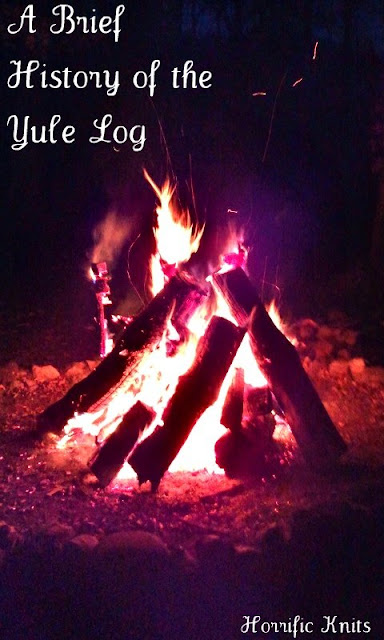 This entry is modified from something I wrote for another venue last winter.

Yule is a celebration of light. Held on the winter solstice, it commemorates the return of the sun in the darkest point of the wheel of the year. The date of Yule has shifted over time so that many of the traditions that were associated with it are now practiced on Christmas, and many of the Yule traditions influenced the development of Christmas imagery. One of the symbols that has held the most direction connection back to the original holiday is the yule log-though it may not be immediately clear to the modern celebrant what a yule log is, and why it’s burned.

The origins of the Yule Log are not completely understood.  What is known is that traditionally, the log was a very large, very hard log that was burned at sundown on Yule (now commonly celebrated on the first day of winter). In some traditions all of the fires in a house or a town were extinguished except for one ember, which was used to light the first fire of winter. The ember was carried from house to house until all of the logs were lit. At the end of the night (or at another time varying from tradition to tradition) the log was extinguished and the same log was used from year to year until it was completely burned and another log was lit. In some historical accounts, the log was burned down until only a chunk was left, then that chunk was lit the next year and used to light the new log.