‘Who puts a raven in a Volkswagon?!’

It seems that Syfy has gotten tired of sharks and storms and has moved onto to the faery tale genre.

A group of floofy (because they’re always floofy in Syfy films) gets sucked into a trip in the backwoods of Germany with the promise of pagans and faeries and bumps in the night, oh my. Armed with crow feathers they head off to the barrow…and with traditional Syfy style they go straight down the rabbit hole.

Well, I have to admit that I like some of these silly made for Syfy (or at least distributed under their name) films. Even if the tour guide has a hard time keeping straight who or what lives in a barrow, the geeks are a little proto-geek, the overly cute girl is a little too overly cute, and the disbelieving American could only get blunter by screaming ‘I’m gonna hunt me some faeries’ I like the casts in these films. The effects are terrible; the faeries are about as believable as a Barbie doll on a stick. However there’s these off hand comments that make me think that someone at least has read Wikipedia-and it’s a beautiful mess. Ley lines, entering into the hill, pookas, changelings…none of which other than the lines have anything to do with Germany but hey it’s all good. And all before the action has started yet.

Seriously, I think I just want faery films enough to not care at this point. And Baba Yaga shows up in the opening sequence at least, so…representing my Polish ancestry. And spinning. Always an improvement with spinning. Black Forest isn’t a great film…but we’re talking Syfy here and I don’t think people watch Syfy films because they’re good.

Also…giant crows. Does it count as a spoiler when it’s in the first 30 seconds of the film? The giant crows win me over every time. 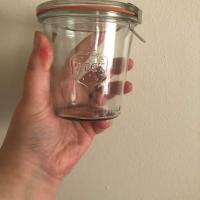